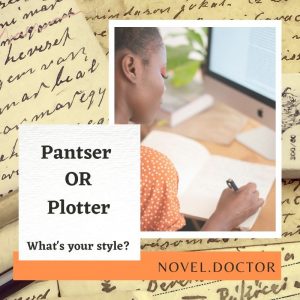 Are you a pantser or plotter? In fact, you may be a little of both.

Writers today tend to refer to themselves as either “pantsers” or “plotters.” Both are valid known methods that help a writer to complete a book.

Writing a book for some people is an adventure into the unknown.

The “pantsers” are people who like to write by “flying by the seat of their pants.” They don’t know what’s going to happen in their novels precisely before they begin writing, and often they don’t even have a general direction in the novel when they first begin. They have a striking scene in their head, a literary device or a powerful metaphor that has struck their fancy, or an interesting character that is on their mind.

And then they start writing.

If you are a pantser, then you can do the same. Your words may take you to amazing places, or you may end up in a plot dead-end. In either case, you can start writing right now! 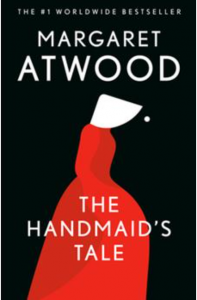 “When I’m writing a novel, what comes first is an image, scene, or voice. Something fairly small. Sometimes that seed is contained in a poem I’ve already written. The structure or design gets worked out in the course of the writing. I couldn’t write the other way round, with structure first. It would be too much like paint-by-numbers.”

Writing a book can also be done from a plan. Some writers like to outline their complete novel or even just outline precise plot points throughout the course of their book, and then attack these plot points step by step. Some of these writers write complex outlines in spreadsheets or sticky notes or in documents that they refer to as they write the book.

If you are a planner when you write a book, then you work best when you have a plan before you start writing.(Note that this outline has nothing to do with the final format of the book.)

Your outline may be short (just a page) or it may be complex or chapter-by-chapter. Whatever style of outline works for you, start this process before you put pen to page, and get your plan in order early, if this is part of what you need to be successful.

Marcel Proust was famous for writing outlines longer than his final published books, in which he outlined every paragraph. In the modern era, Harry Potter & the Sorcerer’s Stone (and its many sequels) was written by J.K. Rowling in a very plotted and planned mode. Here’s a link to Rowling’s complex organizational chart created on the wall of her writing room. 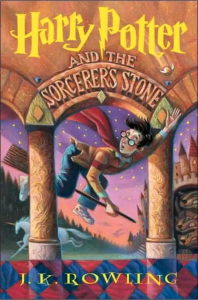 “I really plan quite meticulously. I know it is sometimes quite boring because when people say to me, ‘I write stories at school and what advice would you give me to make my stories better?’ And I always say (and people’s faces often fall when I say),­­ ‘You have to plan,’ and they say, ‘Oh, I prefer just writing and seeing where it takes me.’ Sometimes writing and seeing where it takes you will lead you to some really good ideas, but I would say nearly always it won’t be as good as if you sat down first and thought, Where do I want to go, what end am I working towards, what would be a good start?”

Pantser or Plotter? Use a little of both!

Writing a book doesn’t need to fit into a box. Many writers combine a little bit of the “pantser” and “plotter” styles. They produce a very high level outline of the general idea of the book, but they don’t provide chapter by chapter (or page by page) outline. Instead, they build themselves a general map of the terrain, and they point their writing compass in a general direction, and then they unfold a bit of the map as they go, so that they stay on course.

Beloved, the Pulitzer Prize winning novel, was written in this in-between style. Nobel-prize winning writer Toni Morrison said that she always wrote a book knowing what the last page was going to be (her compass bearing), but that she didn’t know precisely how she was going to get there.

In this quote, Toni Morrison is describing an in-between style, half pantser / half plotter.

“I write what’s there, what I know is there. If I have to rewrite it or change it, I’m not fearful about that any more. I always know the story, the plot. The difficulty is with the intricate problems of language.”

Whichever style you prefer when you are writing a book, try to sort this out before you get going, or else you’ll have a frustrating time trying to determine what is going wrong in your writing, when you really just need to know what works for you.

➤ How Many Words Do Famous Writers write Every Day?

➤ How to Deliver a Book to an Editor: Formatting A Manuscript